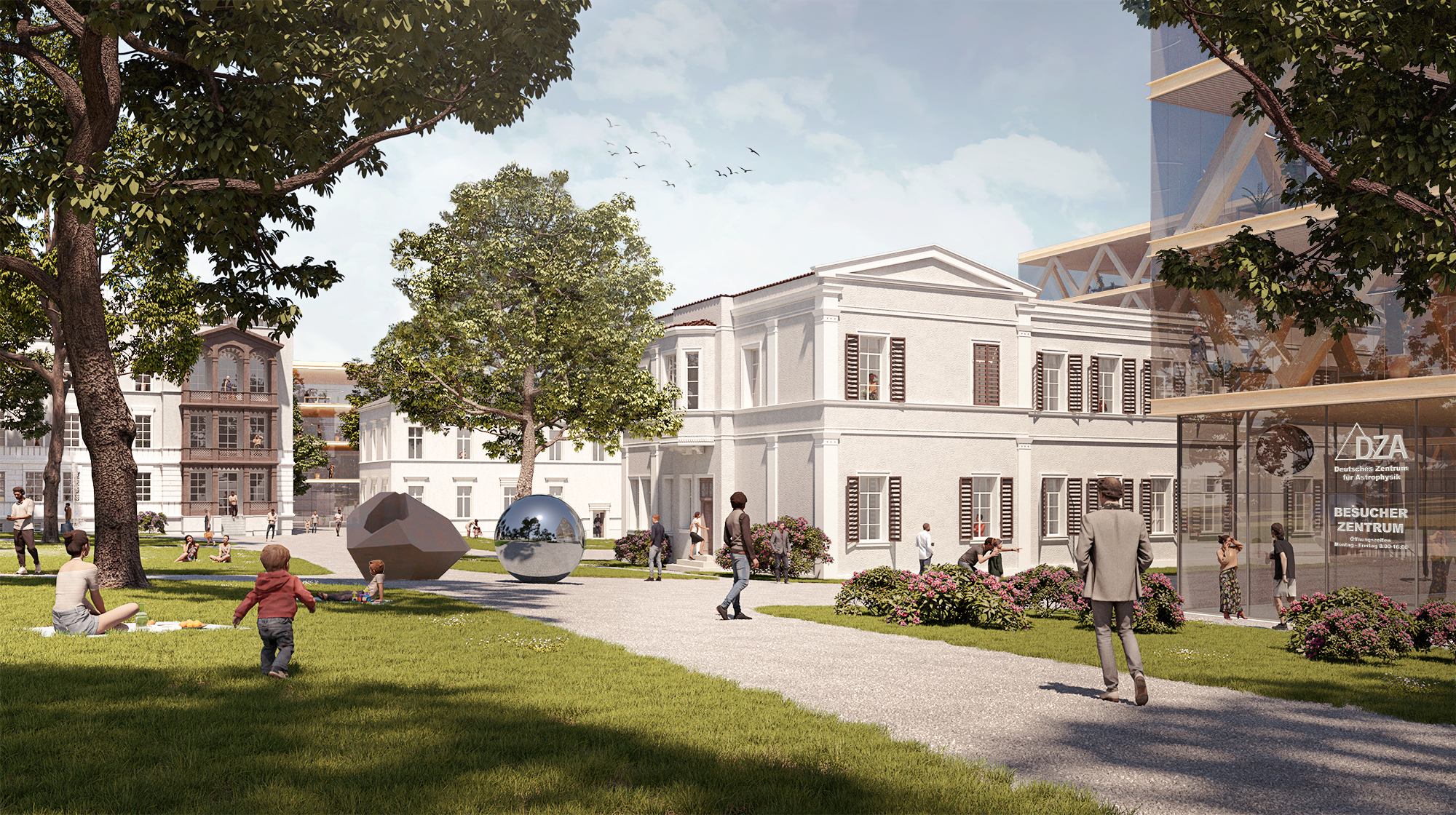 Efforts of the VdR pay off: Astrophysics in Germany gets a national research center

Decision made in the competition "Knowledge creates perspectives for the region": German Centre for Astrophysics - Research. Technology. Digitalization. (DZA) comes to the Saxon Lusatia.

With the final results of the competition "Knowledge creates perspectives for the region", the decision was made to fund the German Centre for Astrophysics — Research. Technology. Digitalization. (DZA). The association for data-intensive radio astronomy (VdR) was significantly involved in the conception of the DZA from the beginning. The establishment of this national research centre promotes resource-saving digitization, develops new technologies and promotes knowledge transfer. The added value goes beyond the local influences in Saxon Lusatia and will promote the technical sovereignty of all of Germany. „Astronomy is currently opening new windows on our cosmos that are not only scientifically fascinating, but also have the potential to change our world as a driver of technology and innovation,“ said Prof. Dr. Michael Kramer, Director of the Max Planck Institute for Radio Astronomy und the President of the German Astronomical Society.

As a joint initiative, the priorities set will bring astronomy and astroparticle physics even closer together. This desirable synergy is emphasized by a large number of well-known scientists from both research areas in the ranks of the applicants. In the internationally active field of astrophysics, technological limits have been and are being reached and must be overcome to ensure scientific progress. „Astronomy has always been a high-tech science. The technological challenges that the DZA will work to solve offer a variety of starting points for the regional economy, from small companies to large industries.“ explained Prof. Dr. Matthias Steinmetz, Spokesman of the Board of Directors of the Leibniz Institute for Astrophysics, Potsdam.

In the digital sector, too, it is already foreseeable that massive demands will arise in data processing, computing and technology development. These will surpass what the current business sector can offer by orders of magnitude, which is why there is a lot of potential for interaction of science and society here. The DZA also focuses on green computing and resource-saving digitization. Prof. Dr. Hermann Heßling, Chairman of the Association for Data-intensive Radio Astronomy and professor at the Berlin University of Applied Sciences, comments: „Astronomy is already facing the challenges of tomorrow's society when it comes to processing and storing large amounts of data. The DZA wants to make significant contributions to the resource-saving digitization of Germany.“

Another important task for the DZA will be the transfer of knowledge to industry, universities and non-university research organizations. With the Centre for Innovation and Transfer (ZIT), the DZA is breaking new ground in the cooperation between research and industry. The resulting acquisition of specialists and the development of prospects for young people in the region and beyond form a sustainable development of skills. Prof. Dr. Stefan Wagner of the Heidelberg State Observatory and Professor at the Centre for Astronomy at the University of Heidelberg: „Astronomy stirs enthusiasm. It is never too early to arouse interest in STEM subjects. From nurseries to school laboratories, advancement courses for teachers and programs for vocational trainees and young scientists, we focus on education.“

Prof. Dr. Günther Hasinger, scientific director of the European Space Agency (ESA), acts as the founding director of the DZA: „This competition opened up new perspectives for the regions of Saxony and for our society — an encouraging sign of the future in difficult times. After a demanding process of one and a half years, in which our concept was put through its paces, we are happy that we can now implement our project. The Saxon Lusatia is an ideal place for this for many reasons“, said Hasinger. „We thank everyone who has supported us and look forward to future cooperation,“ he added.

After a three-year development phase, the DZA is to be formally put into operation. The Low Seismic Lab, an underground research laboratory in the Lusatia granite, is to be put into operation here. This place of greatest seismic calm is also to be available for industrial applications.

In addition, the planned open Campus for Advanced Research on the Kahlbaum site with the Centres for Astrophysics and Data Sciences, the Technology Centre and the Centre for Innovation and Transfer offer a welcoming pedestrian-friendly addition to the city. A visitor area is also part of the concept.